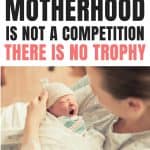 The best 4 words my husband could have said to me in that delivery room.

It put my whole world as a Mom into perspective.

I was in agony and trying to decide whether or not to get an epidural.

I had no idea I was already at the very end of my labor and would be pushing Leo out within minutes.

All I knew was that I was in pain and couldn’t imagine laboring like that for what I thought would be a few more hours.

I was trying to talk to him between contractions on the verge of tears.

He Lovingly Spoke Lots Of Support And Some Truth Into My Universe With, “There’s No Trophy Ashley.”

Then when I was fretting about supplementing with some formula those first few days and not wanting to feel like I was already failing at breastfeeding I heard those words again.

There it hit me.

As Moms In Today’s World It Can Feel Like We’re All Competing For A Trophy That Doesn’t Exist.

I literally thought in that delivery room that I would somehow be “less than” as mother for tapping out and asking for the drugs.

Like there would be a gold medal or AT LEAST a gold sticker on my medical chart for having a natural birth.

And I felt like I was letting some invisible committee down when we bought formula to help him pass the amniotic fluid he had swallowed.

Since having this third sweet boy six weeks ago I’ve given lots more thought to the invisible trophies we create as moms.

Some society creates for us.

Standards We Try So Hard To Measure Up To Even Though The Contest Is Make Believe And We Were Made To Live In Community, Not Competition.

There’s no trophy for delivering naturally vs. opting for an epidural or having a C-section.

There’s no trophy for breastfeeding vs. bottle feeding.

There’s no trophy for losing the baby weight the fastest.

There’s no trophy for cutest delivery gown (FOR THE LOVE, it’s okay to look like you just had a baby!!!).

There’s no trophy for most creative birthday party theme.

There’s no trophy for how many activities you sign your kids up for.

My Husband Has No Idea How Meaningful Those Words Have Been Allowing Me To Relax Into Having A Newborn Again.

And I wanted to invite you to relax into motherhood with me.

Because the only trophy you’ll carry through life is the bond you create with your baby.

And like I’ve said before, we all go home from the hospital with a big basket of mesh undies and sanitary pads the size of our newborns no matter how glamorous our Insta pics look. 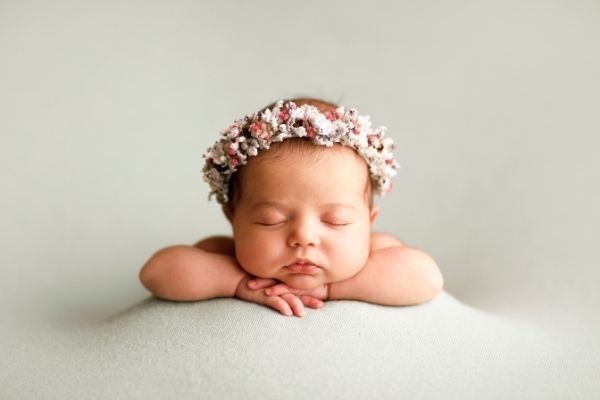